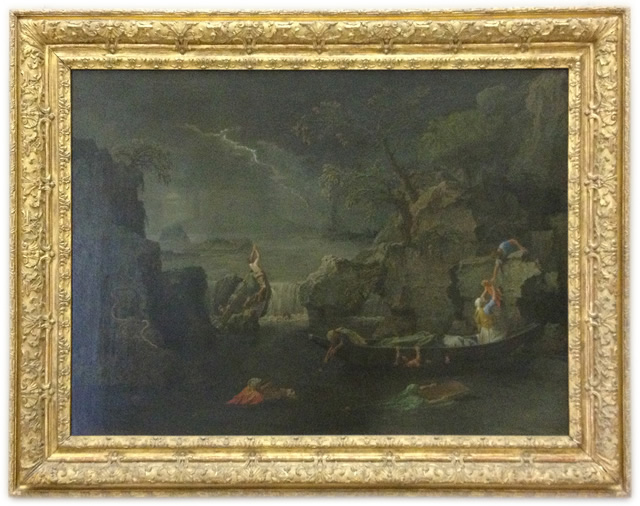 Below are details of the work: 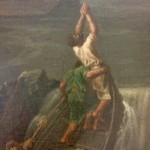 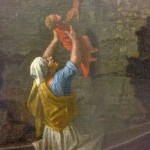 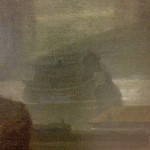 Winter or The Flood is part of The Four Seasons series:

L’Hiver (Winter) is part of the Four Seasons series painted by Poussin at the end of his life. Premonition of impending death? The artist’s chosen theme of a flood allows the symbolism of the season to be exploited in any case: the scene is gloomy, with a hooded sun and the general grey and sombre tonality, use of large diagonals and verticals and presence of a restricted number of people further add to the dramatic intensity. Nevertheless, there is still a glimmer of hope with the arch: in the order of things, man is inexorably taken away, but the world continues and the cycle starts again.

In his Vie de Rancé (full text in French on Gallica), Chateaubriand writes the following: “This canvas recalls something of the abandoned age and the hand of the old man: admirable tremor of time! Men of genius have often announced their exit by means of chefs-d’oeuvres: their soul is taking flight.”

Below is an engraving replicating the work: 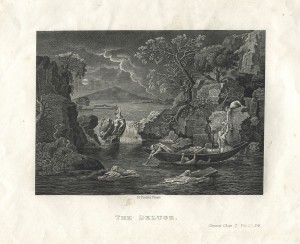 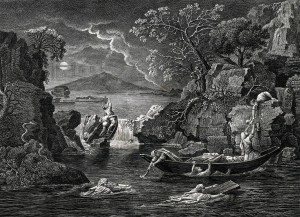 Below are details of the engraving: 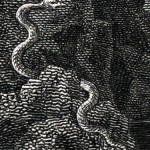 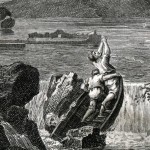 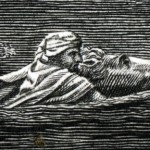 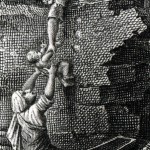 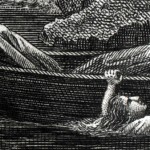